A small tale from a small person of Latale

LaTale is a 2D fantasy game with cute graphic and just cute in general. I've always been weak to cute things and I happend to have a big love for side-scrolling 2D games. So when I saw LaTale I happy. "This is just what i've searched for!" was my first tought. However, some of my happyness died out when I got to know that no english version was released and all the other versions had IP blocks. But just a while later after my discovery I saw an articel that said that LaTale was going to be translated to english and released Q3. Glorious day!

I managed to get into the Closed beta(And I thought it was North America only!) that started somewhere in July and got to see the game for the first time. I came to the login screen and got to hear the cute intro music. I login and comes to the character screen. After alot of thinking I came up with a name and a good look. Then came the thing I had waited so long for. Playing time!

Before i could go and enjoy myself in the game I "had" to watch/read the Intro. (You can skip it if you want Latale Ely.)

It's about the Girl Iris, who is a Derr from Derr Clan. Or should we, Part Derr. Anyway, she and her 3 friends tried to slay a very powerful demon who wants nothing but bad things in this world. However, Iris fails. And after that fight, no one saw or heard anything from her. The only thing that is left from her is the Stone of Iris. 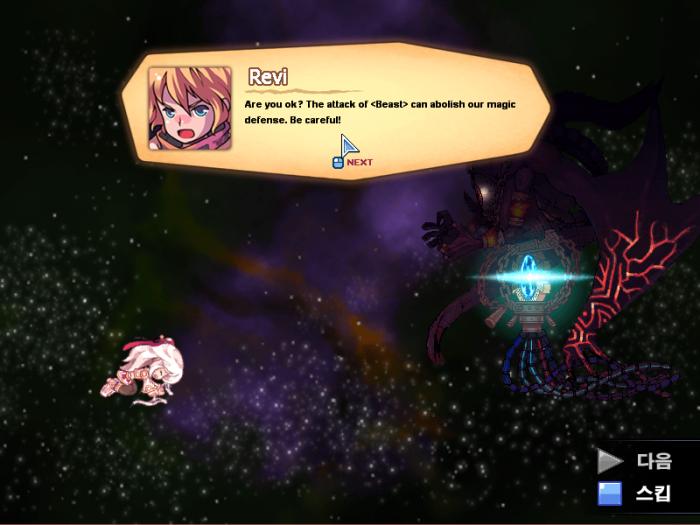