En Masse Entertainment has announced that its upcoming fantasy MMORPG TERA will be shown for the first time at the GDC or as known as Games Developers Conference tomorrow.

It features an action adventure style combat that players can enjoy by using either a mouse and keyboard or a console gamepad. The game uses Unreal Engine 3 which makes the game graphics look astonishing, and the game offers a rich background for players to explore and discover. The six available races in the game are all on the same faction, and must unite against the rampaging monsters and demons. 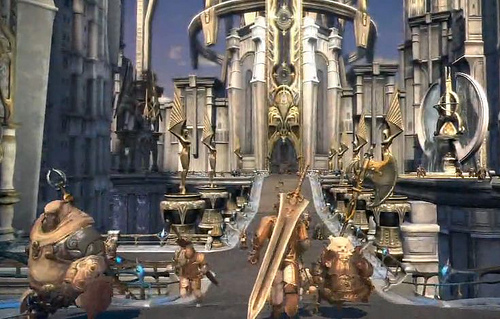 The game is developed by Blueside Studio and is due to launch in Korea this summer, then Europe and North America in the winter. En Masse Entertainment, the company responsible for publishing TERA Online for western players, is made up of people from some of the top MMO developers including Blizzard, NCsoft and ArenaNet.Tera Gold in the game is useful.

"TERA is a new class of MMO that combines the depth and flexibility of online PC games with the lush graphics and immediacy of console action games," said Dr. Jae-Heon Yang, CEO of En Masse Entertainment. "Players can go beyond factions and static storylines to write the history of TERA in real time as six races learn to work together."

Updated: There’s one mistake I’ve made the game is actually developed by Bluehole Studio not Blueside Studio. Sorry for the Confusion.