Breaking news for MMORPG fans: The new fantasy online role-playing game Karos Online is the top free-to-play 3D MMORPG in Korea, as ranked by the leading Korean online gaming site GameMeca! Reaching the 15th spot in popularity amongst all Korean online games during the week of 25th November, Karos Online has kept its position as the highest-ranked free-to-play MMORPG for three weeks running. "This is a great achievement for the game," said Heejin Jeong, Senior Overseas Sales Manager for NHN Corporation, which publishes Karos Online in Europe and North America. "Korean gamers have a lot of choice and very high standards, and the current chart ranking of Karos Online reflects very well on the game's quality and potential. The English open beta kicked off successfully earlier this month, and there's much more in store for players in the new year."

More details and features will be unveiled as Karos Online draws closer to commercial launch. The Turkish open beta is scheduled to begin in December 2009, with German to follow in 2010.

Karos Online (Karos Gold) is a brand new free-to-play fantasy MMORPG developed by Galaxy Gate (lead developers of Laghaim and Last Chaos), to be published in Europe and North America by NHN Corporation. The English version is currently in open beta, with German and Turkish versions to follow in 2010.

In Karos Online, players take the role of a hero determined to defeat the curse of darkness falling over the world of Asmara and ascend to ultimate glory by becoming the mythical Karos warrior. Through questing, guild clashes and mass PvP, they enter the fight for domination over the world's vital energy source, Fletta. Fletta provides the basis for the game's unique and complex alternate progression system; alongside traditional leveling within the game, Fletta energy can be used to increase stats, give buffs, buy resources and enchant items. 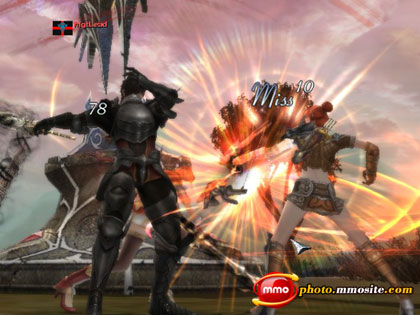