Jade Dynasty has an oriental setting

Jade Dynasty is the third MMORPG to be published by Perfect World International. Like their previous titles, Jade Dynasty has an oriental setting. Much of the game’s environments and monsters are borrowed from Chinese mythology, which help it stand out from the crowd of fantasy games. New players in Jade Dynasty do not select a class right away, instead they start the game as initiates and must wait until level 15 to chose between five factions. All five factions have a different set of skills and a unique play style. The five factions (classes) in Jade Dynasty are: 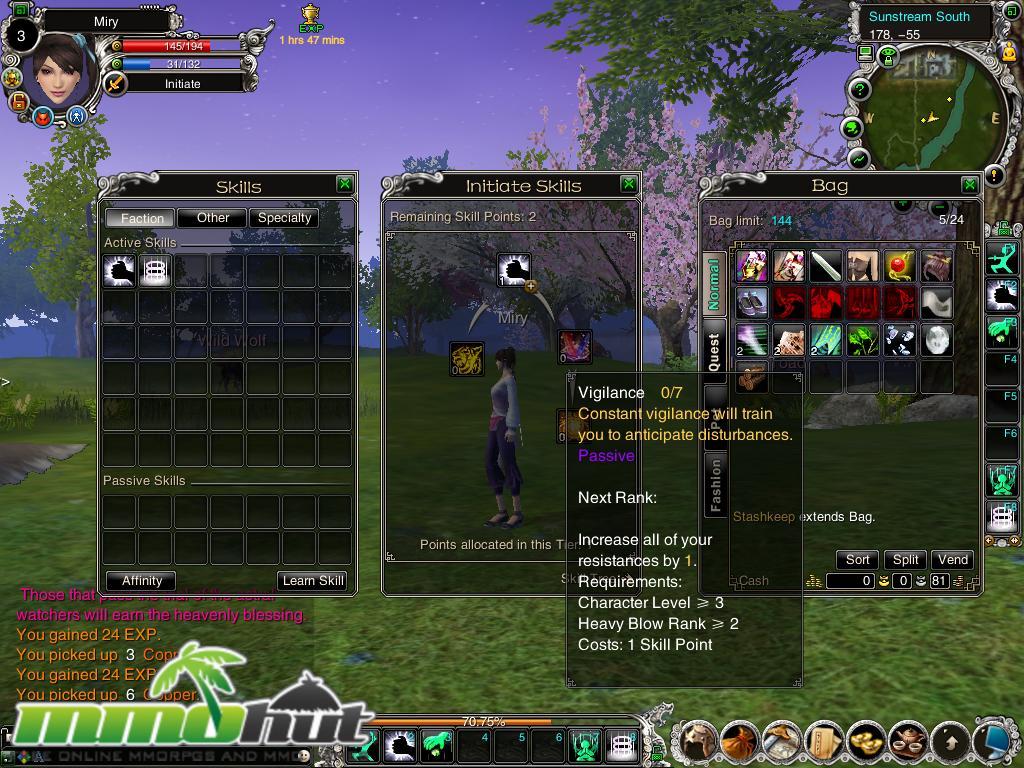 Skysong - The only class that is capable of healing and buff other players. Skysongs have low defense and limited offensive capabilities early on but make powerful allies in late game PvE and PvP.

Modo - Modos are the main offensive spell casters. Their physical appearance and spell arsenal which includes curses, DoTs, and nukes mark them as formidable Warlocks. The Modo faction is the most difficult to play, especially since they are rather weak during the early levels.

Balo - The faction of brute strength. The Balo prefer axes and many of their skills focus on their JD Gold. They make excellent front line warriors and can stun, paralyze, silence, and weaken their enemies.

Arden - Elegant being that combine the best aspects of mankind and the animal kingdom. The Arden are masters of the bow and their affinity with nature allows them to summon beasts and plants for assistance.