High anticipated MMORPG from korea based game developer Sonov, Shaiya become available in Turkey. It just launched its CLOSED BETA today(August 10th, 2009). Published by Aeria Games, Shaiya has been well received by players from North America, Germany and France, now it also seems to have a bright future in Turkey.

In the ancient times, there was the Goddess Etain and the three races she created: the Dragons, the Nordein, and the Dumianas.

The Goddess Etain found faults in the Nordien and cast them into the soil. In their arrogance, the Dumianas questioned the Etain's power and authority. The Goddess was weakened by their disbelief, and the Dumianas killed her. Her soul was torn in two.

The death of the Goddess left Teos out of balance and unprotected. Other Gods sought to take over Teos and created monsters to invade and destroy. When the dust settled, there were two new Goddesses overseeing Teos. The Dragons hid themselves from the world. The remaining Dumianas were split into two factions; one for each Goddess.

These two races, the Elves and the Vail, find themselves in constant conflict with each other. Age old tensions fuel their aggression. Soon after, the Humans joined forces with the shaiya gold while the Nordein re-emerged as the "Deatheaters" and allied with the Vail creating two factions: The Alliance of Light and the Union of Fury. Not only battling the monsters that still roam the lands, these two sides wage a never ending war over the control of Teos. 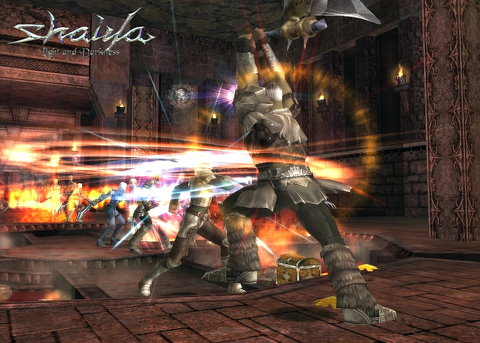 * 1500 vs 1500 - The ultimate Realm vs. Realm combat.
* Bootleggery - Sell items to the opposing faction in the secret warehouse.
* Challenges - Sick of someone's trash talk? Request a battle with a member of your own realm.
* Arena Fights - Enter the grand arena and take your fight to a new level.
* Goddess Blessing - Crushing the enemy doesn't just feel good, but it helps your side.
* Guild Events - Guild vs. Guild combat, Guild vs. Monster combat, and the upcoming Willows Trial!
* Quests, Mounts, Executions, Boss Fights, Dungeons, Demons, Dragons, and more... 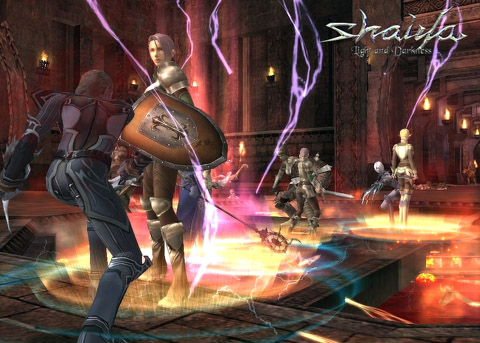