We will bring you an exciting news that Game & Game will be the publisher for the English version of 4 Story - a Korean MMORPG known for its resemblance to WoW. Game & Game will soon launch Pre-OB of 4Story at 7pm(PST) on July 9th. Now, the language barrier has been removed. Just go ahead to the official site to learn more info about the game.

In 4Stroy, the player can experience a wide variety of quests, territory battle, real-time strategy command system and so on. According to ZEMI Interactive, the real-time strategy command system is a system which enables the commander to command other players based on their movements as well as the enemy's location. In 4Story, the player can select from three races: Human, Orc and Monster. And there are six playable classes available: warrior, assassin, archer, mage, priest and summoner. 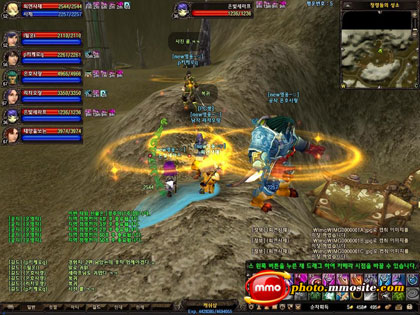 By the way if you are searching cost that you can visit our site, we are a reliable 4 story gold service company and you can trust us! Just place an order. We can provide you with the best service which makes you greatly satisfied.